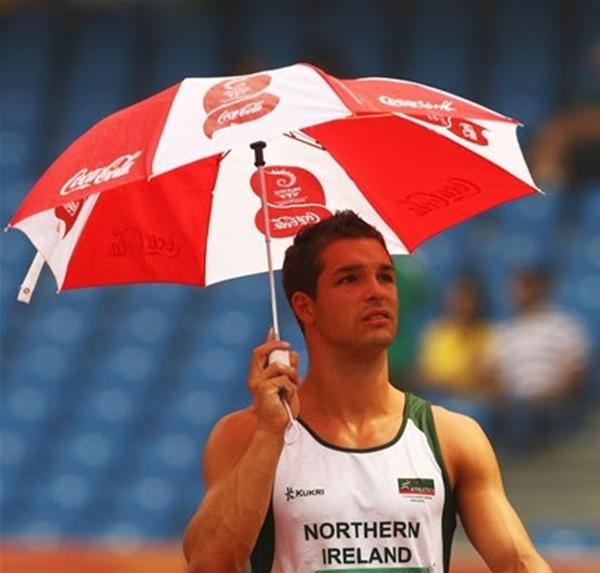 Tom coached his brother Ben Reynolds to a PB of 13.48s in the 110m Hurdles and to the World Championships in Beijing as well as two Commonwealth Games. Tom coached Megan Marrs to her U20 PB of 13.78s in the 100m Hurdles which saw her rank 3rd U20 in the UK in 2016 and gain selection for Great Britain. Tom has been instrumental to the development of multi eventers including Kate O’Connor (Commonwealth Games- 8th & European Junior- Silver), Anna McCauley (European Team Combined Events & Commonwealth Youth Games) and Jordan Cunningham (UK U20 ranked 7th for 110 Hurdles in 2020.) Tom holds the British Athletics Event Specialist Qualification in Sprints & Hurdles and has Team Management Experience with Great Britain. Tom works with athletes from 14 to 30 years of age. 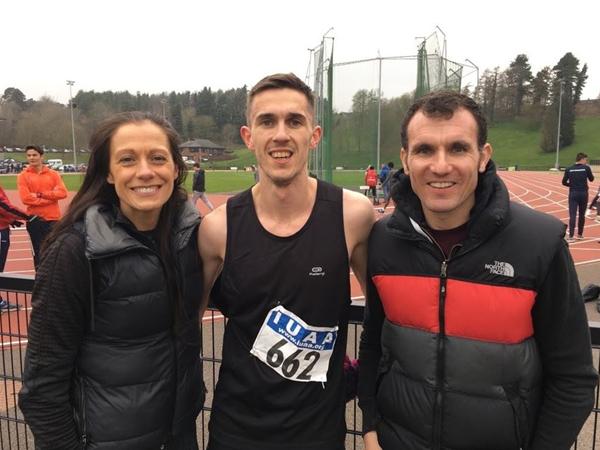 Ian currently holds a British Athletics Sprints & Hurdles & Endurance Event Group Specialist Qualification and is also part of AAI Sprint Mentoring Program. He has a group of athletes ranging from 13-45 years of age. He has coached several athletes to European Junior Championships Joanna Mills (2011), Adam Hughes, Davica Patterson (2019) 2 of whom finished 4th in the 400m. He has also coached Craig Newell to European Under 23 and European Senior Championships for the 400m. Ian Coached Christine McMahon to 2 Commonwealth Games semi finals and 2 European Championships Semi final and qualification time for the Rio Olympic Games 2016 for the 400m Hurdles. He along with Kelly Neely (wife) coached David Leavy to 6th place at the European Para Athletics Championships 2018 and 6th place at World Para Athletics Championships in 2019 in the 1500m. 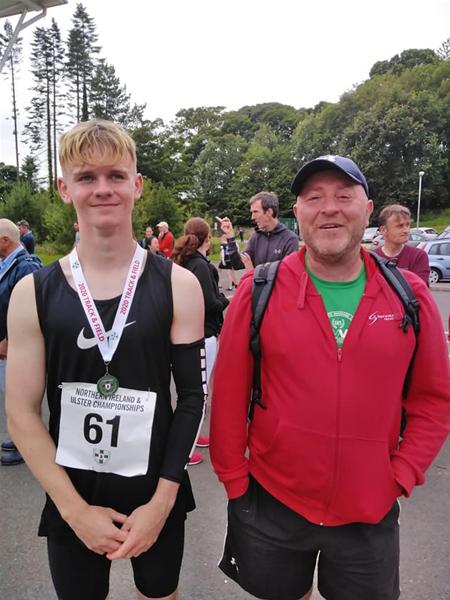 Mike coached 60 & 100m sprinter Oliver Swinney to U17 NI & Ulster and Irish 60m Gold with a PB of 6.99. Oliver is also the U17 NI & Ulster 100m champion with a PB of 10.78. Oliver has consistently been ranked in the UK Top 10 rankings as an U17 athlete with him securing No.1 ranking in 2020 having ran the fastest U17 100m time (10.82). This ongoing success has seen Oliver, again being selected for the Irish men’s U20 4x100m relay squad for 2020/21. Mike coaches three squads of athletes aged 12-18 with a number of them securing podium positions in the U15 & U17 age groups. He also assists a small number of adult sprinters in a consultancy role. Mike holds British Athletics Event Group Specialist Qualifications in Sprints & Hurdles and Endurance. He also holds the British Athletics Physical Preparation qualification and is a British Athletics Coach Education tutor.

Roger is a former NI Junior & Senior international and currently holds a British Athletics Sprints & Hurdles Event Group Qualification. He has been coaching since 2013 and currently has a group of athletes ranging from 13-21yrs old. He was coach to his son, Aaron Sexton, who won 200m gold at the Commonwealth Youth Games in 2017, was placed in the Top 10 European U18 rankings in 2017, was a 200m semi-finalist at the World Juniors in 2018 & finished 4th in the 200m at the European Junior Championships in 2019. Aaron finished his junior career in 2019 as No.1 on the European Junior 200m rankings & 30th on the European U20 all-time list and currently holds the Irish U20 200m record, the Irish U18 Indoor 200m record & the NI U18 & U20 records for both 100m & 200m. Roger also coaches Eve Walsh-Dann who won gold in the T36 U18 100m & 200m at the 2017 World Para Junior Championships, was 6th in the T38 200m at the 2018 European Para Senior Championships and is currently on the NI Commonwealth Potential programme.