Fifteen athletes will compete for Team NI at the Commonwealth Games in Birmingham which start in just over a month’s time.

The team is the perfect blend of youth and experience with all six Northern Ireland Tokyo Olympians in athletics making the plane.

There will be 15 athletes, including 2 para-athletes vying to win medals when the action starts in the West Midlands.

Performance Lead Tom Reynolds himself a Commonwealth Games athlete at Delhi in 2010 feels it is a strong team: “It is great to get the squad named and we are really excited about the 15 athletes we have going to Birmingham,” stated Reynolds.

“You could almost split the team in half, we have all six Olympians that went to Tokyo last year from Northern Ireland and they are extremely experienced then we have a host of young and development athletes, they may be development but they can still really contend in Birmingham.”

“We have a European Junior Medallist, a World Junior Medallist and a World Para Junior Medallist in Kate O’Connor, Sommer Lecky and Eve Walsh-Dann so it is a real mixture of youth and experience, but I think every single one of them has the potential of doing really well in Birmingham and they will all be bringing something to the table and learning.” 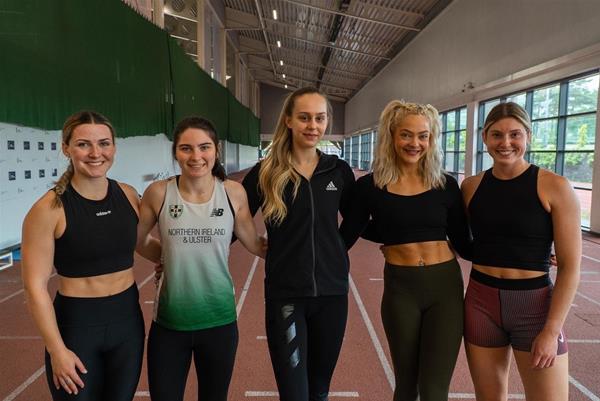 Reynolds is hopefully the squad can bring home medals: “There are definitely medal hopes, I suppose the main ones are Leon Reid, who won Bronze in Gold Coast in 2018 and has that ability to perform on the big stage.”

“He didn’t have the best season last year but still brought his best to Tokyo and performed really well there, he has a chance.”

“Ciara Mageean is a very experienced athlete and medalled at European Championships before and has performed a PB at the World Championships a few years ago so she has a chance in the 1500 metres.”

“Kate O’Connor is the highest ranked athlete, she still is only 21 and on the up and if she is anywhere near her best, she will be right in the mix for medals, that would be the aims for those athletes but we have aims for every athlete whether that is to hit a top eight, to outperform their ranking or to set a season’s best or a personal best.”

“It is really important for every one of them to achieve those goals and we have individual goals for all of them."