Athletes and spectators gathered at the Mary Peters Track on Saturday 28th May for the Belfast International Meet to celebrate Lady Mary Peters on the 50th Anniversary of her Gold Medal at the 1972 Olympics in Munich.

Earlier that week, primary school children enjoyed the sunshine at the Mary Peters Track for a Schools Celebration event, spelling out Mary P across the track, before taking part in a 60m sprint and relays. Each child received a special commemorative t-shirt and certificate for the event and a goodie bag provided by the Department of Communities.

Arriving in a bright orange sports car and driven around the track, Lady Mary was delivered to the Podium, were she said a few opening words, to kick off the action-packed day of athletics, only some eight months since the 2021 edition of the event.

The Special Olympics Athletics Club started the day’s event with sprints races and turbo javelin throwing events. Each child or young person received a special t-shirt, goodie bag and certificate, which were presented by Mary Peters after her grand entrance. 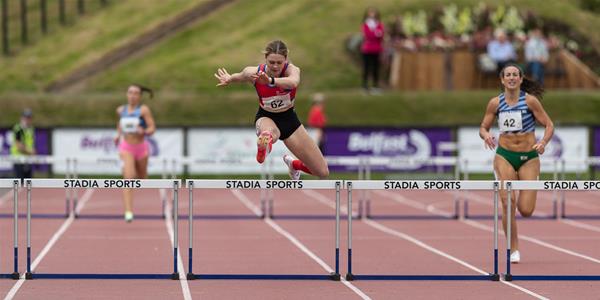 In the Field, we had the Women’s Hammer event, with Deeside AAC’s Amber Simpson throwing 60.53m to take the lead, with Ireland’s Michaela Walsh in 2nd place, throwing 57.01 and Lifford Strabane AC’s Adrienne Gallen in 3rd place with a throw of 48.16m.

After the unfortunate Easyjet flight cancellations leaving athletes stranded in the airport, the Men & Women’s Pole vault competition was combined with 3 men and 1 women jumping together. First place in the Men’s competition was Mathew Callinan Keenan, clearing 4.72m, followed by Conor Callinan, clearing 4.52m to take 2nd place and Jamie Paul in 3rd place, clearing 3.72m. The lone woman in the field was City of Lisburn AC’s Ellie McCartney, who cleared 4.22m, just shy of her Indoor PB of 4.24m. 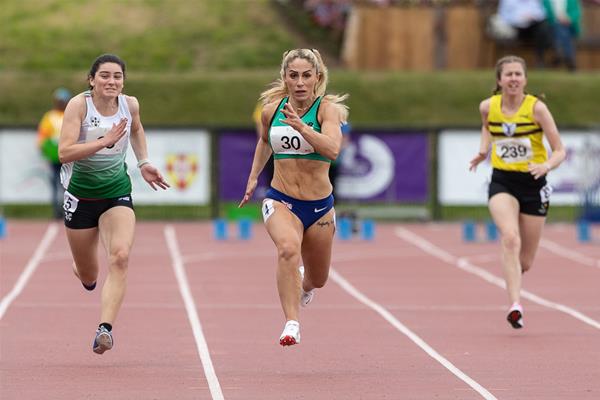 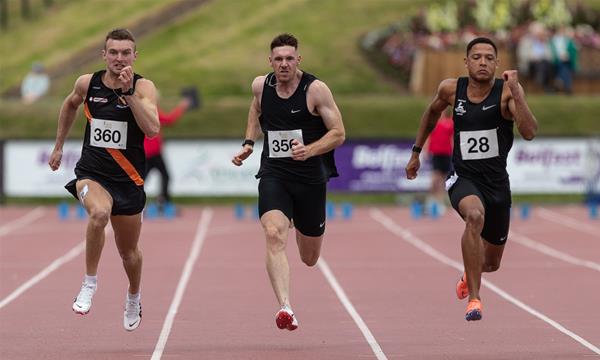 The Men’s 100m A race was a hotly contested affair, with Tokyo Olympians Leon Reid and Marcus Lawler going head-to-head. The final result was Menapians AC’s Leon Reid in 1st place in 10.62, while Shaftesbury Barnet Harriers’ Jordan Watson-Brown claimed 2nd in 10.69, with Marcus Lawler finishing off the podium spots in a time of 10.78. The three men would compete later in the day in the Men’s 200m, where podium places would switch, with Ireland’s Marcus Lawler in 1st place in 21.05, Jordan Watson-Brown in 2nd place with a new PB of 21.10 and Leon Reid in 3rd place in 21.25.

Out on the field, we had the Women’s High Jump, with NI Commonwealth Games athlete, Sommer Lecky (Finn Valley AC) soaring over 1.83m to take the top spot. In a joint 2nd place was Thames Valley Harriers’ Pippa Rogan, who cleared 1.77m and Daena Kealy, who also cleared 1.77m; both women equally matched on count back. 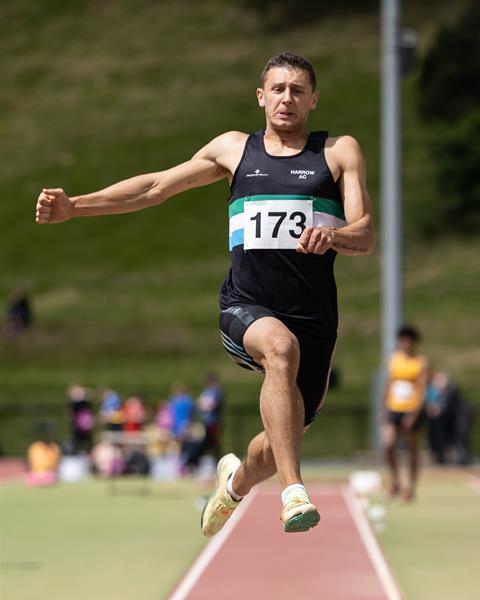 Next on the track was the Women’s 200m races, with Maltese Olympian, Charlotte Wingfield finished in 24.50 to take 1st place, with DSD AC’s Jennifer Hanrahan in 2nd place in 24.95 and City of Lisburn AC’s Jenna Breen in 3rd place in 24.99.

Torque Racing Club’s Mark Millar, recently selected for this summer’s Commonwealth Games in Birmingham, competed in the 800m Wheelchair event, against team mate Harry Turkington, to take 1st place in a time of 1:54.56, with Harry in 2nd place in 2:32.18. 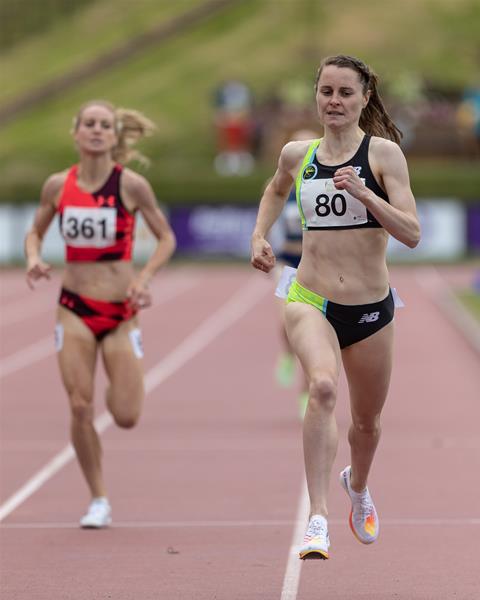 The final field event of the day was the much anticipated Men’s Javelin competition, with some of GB, NI and Ireland’s best throwers set to compete. Birchfield Harriers’ Benji Pearson threw 67.82m to claim the top spot, from Lifford Strabane AC’s Gareth Crawford, who threw 66.35m to take 2nd place. In third place was Conor Cusack who threw 64.39m. 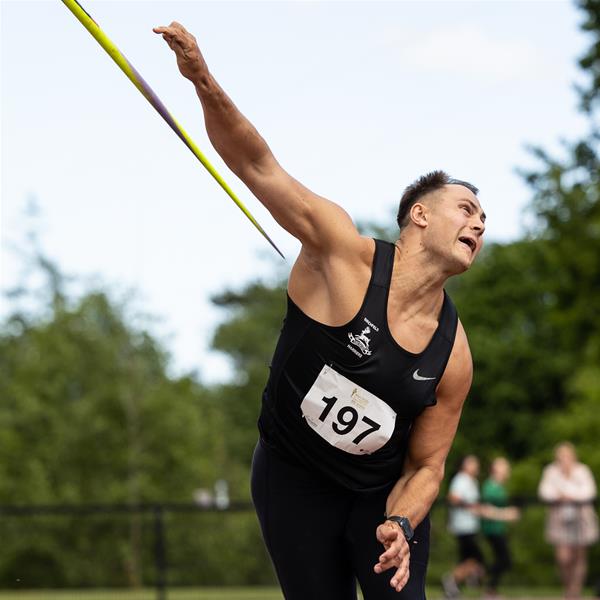 The day’s events were rounded out by the two 3000m Team Races, with NI club teams, competing against International and local individuals, for those top spots. In the Women’s event, it was an Annadale Striders one and two, with Hannah Gilliland in 1st in 9:44.68 and Robyn Mckee in 2nd in 9:54.68. They were followed by Ballymena Runners’ Eimear Nicholl, who claimed 3rd place in 10:08.96. In the Men’s event, Libya’s Sawan Barwhal claimed 1st place in 8:08.22, with local athlete, John Paul Williamson in 2nd place in 8:37.13 and Annadale Striders’ Johnathan Spratt in 3rd place in 8:37.33.