Ciara Mageean (City of Lisburn AC/ Team New Balance) broke her own Northern Irish Senior record last night at the AIT International Grand Prix in the Women’s 3000m with a time of 8:48.27.

In a night full of excitement, the Portaferry native claimed the Stadium record and a massive PB in a hotly contested race against Great Britain’s Rosie Clarke. The two women battled each other from the start, with Ciara clinching 1st place and Rosie finishing 2nd in 8:49.49.

After being the first female from Northern Ireland to become a finalist at last year’s World Championships in Doha Ciara has once again proved that her training for Tokyo is well underway. Coach Steve Vernon commented: "Ciara’s training is going really well ahead of Tokyo. She started the year with a 4 week altitude camp and we are still in a heavy phase of winter work so a few indoor races have been nice to break up this training phase. Being consistent and staying healthy is the priority so that she arrives in Tokyo in the best shape possible!" 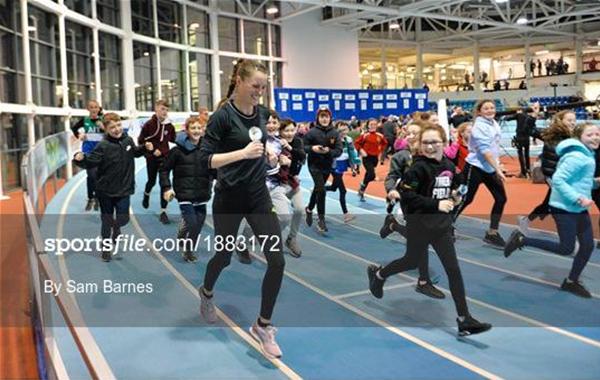 Her new record time is only five and a half seconds from the 2009 Irish National record set by Mary Cullen in 2009 and brings her to 3rd place in the Irish Indoors all-time list.

City of Lisburn AC’s Erin Fisher competed in the Senior Women’s Long Jump, finishing in 4th place with a PB of 5.51m, while in the Men’s Senior 400m, Northern Ireland’s Andrew Mellon (Crusaders AC) finished in 6th place in a time of 48.69.