The 26-year-old NI record holder, coached by James Hillier, produced a season’s best in the heat with a time of 20.53 to finish in 5th place, qualifying him through to the Semi-Finals.

In his semi-final he was again competitive and finished strongly in 7th in 20.54 in a race won by Canada’s Andre De Grasse in a National record of 19.73.

Both times were faster than his bronze medal performance at the 2018 Commonwealth Games in the Gold Coast, Australia and put him into 4th place on the European Ranking lists.

Leon will now ease down for the rest of the season before starting his training preparations in an attempt to emulate his previous achievements by medalling again in next summer’s Commonwealth Games in Birmingham. 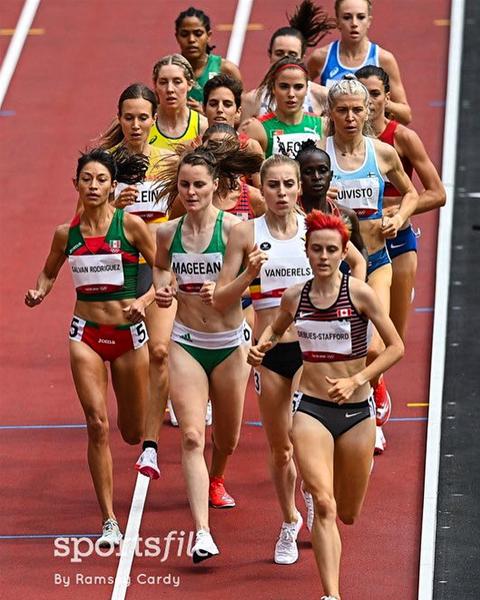 Two-time Olympian, Ciara Mageean (City of Lisburn /Team New Balance), finished 10th in her heat in the Women’s 1500m, finishing in a time of 4:07.29. Ciara ran to the front of the race until the last 200m, where the strain of a calf injury sustained earlier in the week, began to show.

It was a tremendous effort from the Portaferry native of which both her, and her coach Steve Vernon will be proud.