Weekend Review From Monaco to Downpatrick

Athletes made the most of the long weekend, competing at the Diamond League in Monaco, European U23 Championships in Tallinn, World Mountain Running Cup in Austria, North Belfast Harriers Afternoon of 800m and 1500m in Belfast and the Co Down NI & Ulster 5k Championships in Downpatrick.

City of Lisburn AC’s Ellie McCartney (Coach: Kate Rooney) competed in the Women’s Pole Vault at the European U23 Championships in Tallinn, Estonia. She finished 6th in her Qualification group, clearing 4.05m.

Lauren Roy (City of Lisburn AC/ Coach: Adam McMullen)- joined the Irish Women’s 4x100m team, who finished their heat in 44.64, to gain qualification through to the final. Unfortunately, it was not meant to be in the final relay, with Germany taking the gold medal in a time of 43.05, but it was a great international competition experience for the team.

Newcastle’s Zak Hanna (USC Malonno) finished in 8th place at stage two of the 2021 World Mountain Running World Cup on Saturday 10th July, which was held in Heiligenbult, in the shadow of Austria’s highest mountain Grossglockner.

Closer to home, NI & Ulster athletes took to the Co Down 5k course in Downpatrick for this year’s NI & Ulster 5k Championships. Strive Racing Club’s Gavin Corey won the Men’s race in a time of 14:40, with Annadale Striders duo of John Craig (14:42) and Adam Spratt (14:47) hot on his heels. The Annadale Striders men had plenty to celebrate as they secured the team victory in the Men’s competition, in a total time of 1:00:28, with Stephen Wylie (15:23) and Stephen Connolly (15:28) adding to the team score. 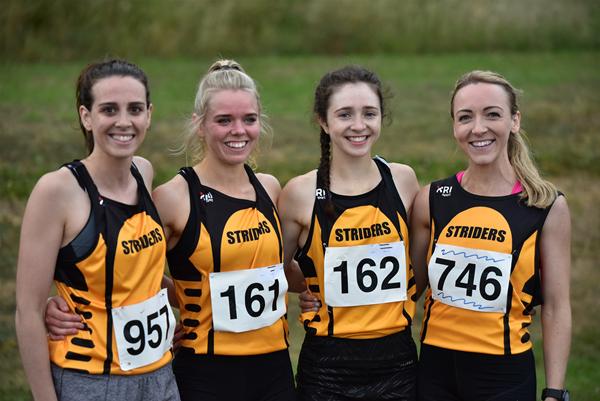 North Belfast Harriers provided another excellent competition opportunity on Saturday 10th July at the Mary Peters Track, with a range of middle-distance events.

Other stand-out performances came from unattached athlete, Katie Kirk in the Women’s 800m, where she won in a time of 2:03.43, her second 2:03 recorded that week, as she had competed in Italy earlier that week. Clones AC’s Denise Toner set a new F40 Masters record in the same race, with a time of 2:08.90.

There were a number of fantastic performances in the Women’s 1500m races for age group and senior athletes alike. Junior athlete, Rebecca Rossiter (Loughview AC) set a new PB in a time of 4:27.66, with Finn Valley AC and Youth Academy athlete, Cara Lavery also setting a PB with a time of 4:30.96.

Results from the North Belfast Harriers Meet and the Co Down 5k Championships can be found on our website: