The NI & Ulster team had an exceptional day at the UK Inter Counties on Saturday 7th March in Loughborough in the tough, muddy conditions.

North Belfast Harriers’ Conan McCaughey and City of Derry Spartans Declan Reed had a real test of their strength and endurance in the Senior Men’s event with Conan finishing in 27th place in a time of 40:28 and Declan finishing in 73rd place in 42:06.

The women’s team of North Down AC’s Jessica Craig, Katie Moore and Rachel Gibson where joined by Lifford Strabane AC’s Claire McGuigan who was making her debut in a NI & Ulster vest. The women also proved their strength, with Jessica finishing in 25th place in 46:57 and Claire finishing in 27th place in 47:07. Katie had a solid performance to finish in 69th place in 49:39 and Rachel finished in 123rd place in 51:34. 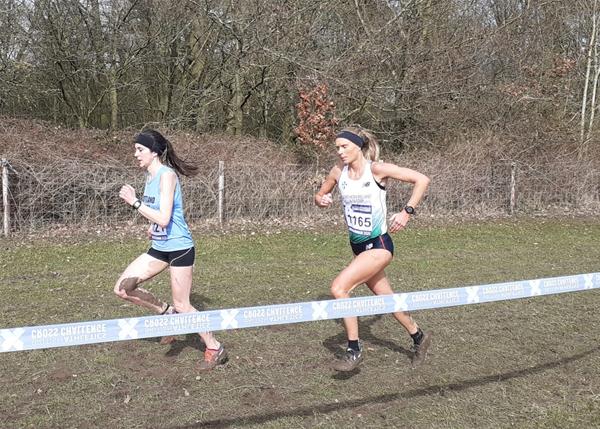 Simpson took two minutes off his third place time from last year posting an impressive 52:14 to stride home well clear of the chasers while McGlynn as ever was a class apart, clocking a tasty 57m 15s, three minutes clear of the next female finisher.

Conditions were a bit better than last year, dry throughout but the prevailing south westerly wind while also less of a factor this time, still was testing enough in the latter stages.

Simpson was always out front and looking good and never allowed the chasing group to get close. His club mate Scott Rankin and the City of Derry Spartans duo Emmett McGinty and Allan Bogle were joined by Eoin Hughes of Acorns AC, who all tried hard but the powerful leader was on a mission and ran strong all the way to the line for a significant victory.

Hughes came through for the runners up spot in 53:05, seven seconds clear of the Rankin's 53:12 with McGinty winning the battle of the Spartans, posting 54:32 to Bogle's 54:32. Springwell Running Club's Ciaran Ferris in 6th kept the NW flag flying on 54:46 Bogle was consoled by claiming the M35 category win.

Neil Weir (Willowfield Harriers) finished in 7th taking the M40 age group win in 55:37 and the evergreen Brigid Quinn of Ballymena Runners, the oldest runner in the field showed a clean pair of heels to the many who finished behind her with a F75 age group win in 1:38:24.

The full results can be found here: https://www.athleticsireland.ie/competition/results